Autohex II BMW Software can write FA into CAS from other Ecus,backup FA in other Ecus, also you can modify the vehicle order safely

One of advanced functions in Autohex II BMW is the FA Manager (Vehicle Order Editor),

BMW E Series stores the vehicle order in CAS, a backup of this information are stored in Light Module (LM) or FRM.

While BMW F series stores the vehicle order in Central Gateway (ZGW) and there is a backup copy in the CAS.

Autohex II can backup and restore these data from those Ecus, as well as it is able to save this important information in your local disk as a backup. 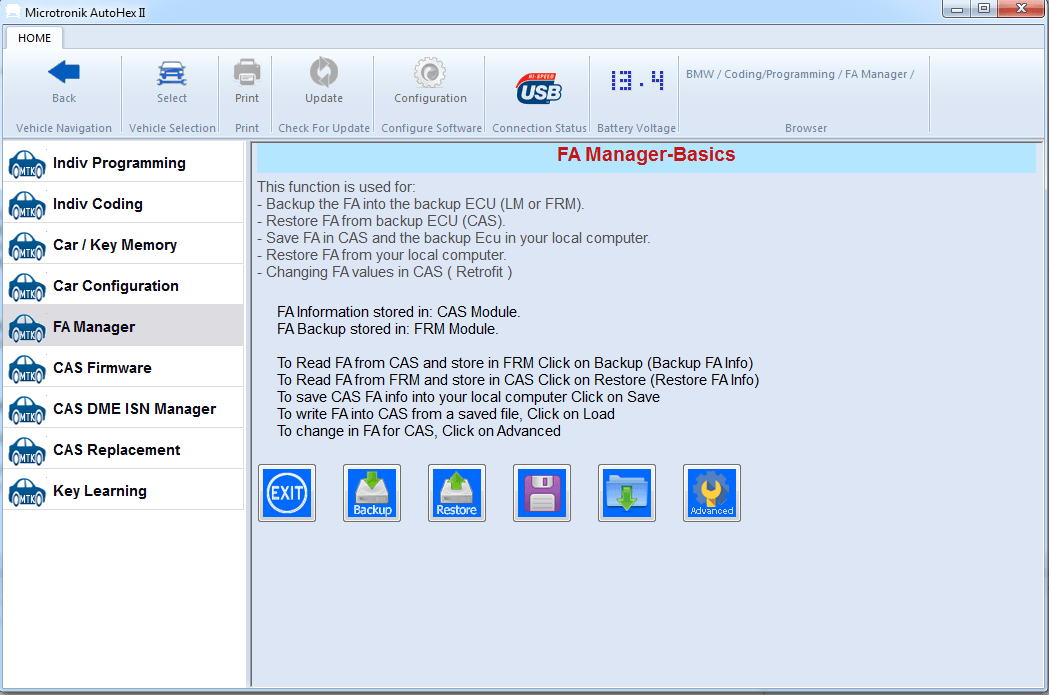 Basic tasks of this danced feature are:

The above tasks are more than enough to do all the required jobs in BMW, like if you replace the CAS with a used one, you must use this function to write the correct FA in the new CAS.

Same if you have replaced the FRM, it is recommended to write a copy of the FA in this FRM for in case the CAS got damaged in the future, so you will have a correct backup FA.

Before we jump to the advanced function in FA manager, it is strongly recommended to always save the FA contents before you do any modification in the FA. 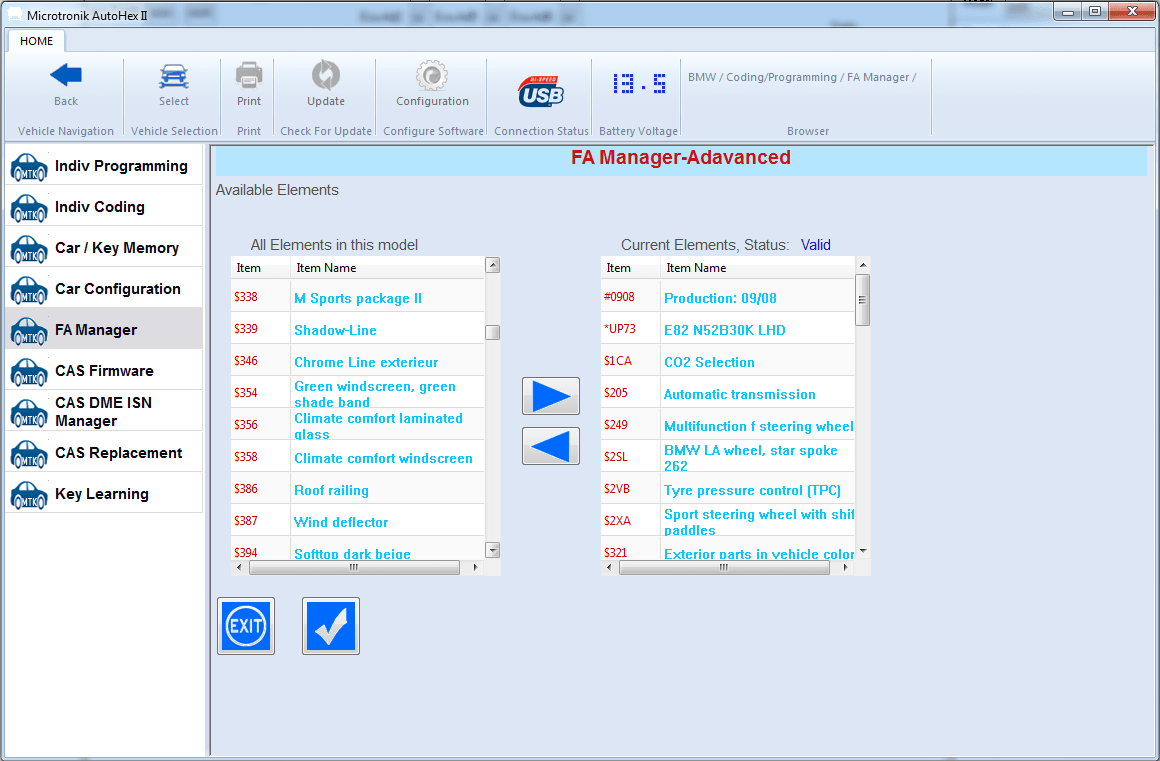 You can use this feature for BMW retrofit such adding or removing features in BMW car.

We added a unique feature in this function to add more safety while using this feature, Autohex II will always notify you about the status of the FA is it is valid or not valid.