Using this kit you can do following:

1. HexTag ECU Cloning Function is free trial only for 90 days ,If you need ECU Cloning License after 90days, you can pay  $1000 for subscription for the first year, after which annual update fee is $750.
(Check Supported ECU List).
2. We offer one year warranty, but no service for no return for refund ,please kindly note,thank you.

BMW Ecu Programming is an easy to use with Autohex II, it performs Flashing the Ecu with latest version,code it,Change VIN, and other functions in one step.

BMW ISN Editor Software in Autohex II lets you read ISN from DME, match it with CAS. This is essential for DME or CAS replacement, Autohex reads ISN from wide range of DME/DDE

Autohex II BMW Software can do two methods of Ecu coding, auto coding which will be calculated from FA, and a manual coding for Ecu modification

Autohex II BMW Software can write FA into CAS from other Ecus,backup FA in other Ecus, also you can modify the vehicle order safely

For making keys, reading ISN and changing VIN for CAS which comes with specified part numbers, will not work just through direct reading, CAS Firmware function should be done to make it work

BMW Key programming by Autohex II is done by OBD, No dump is required. including CAS with latest update and all keys lost. it supports all BMW Models as well Mini cooper.

now users have the ability to serve the newest models of BMW. 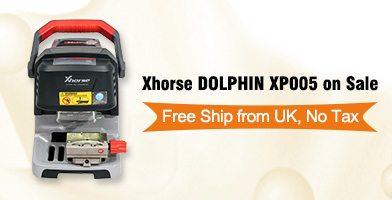 Shipping method and delivery time:
Due to COVID-19 Global Pandemic, the delivery date of your order may be delayed for some days. We are sincerely sorry for all inconvenience we will bring to you.
If US/UK Stock sold out, your order will be shipped from China via DHL or YANWEN(No Tax).

US, UK , CA, AU, RU Warehouse Shipping: 3-5 working days. We have stocked up hot sale items in US, UK, CA, AU Warehouse , Free TAX, faster shipping with best offer.
Ship From UK, No Tax
Ship From US, No Tax
DHL Shipping: DHL Express is our default shipping method to most countries, 3-4 working days, to help you save custom tax we will declare a lower value on DHL invoice. If your address is remote area, you need pay extra freight or we will ship by Normal Post or Yanwen/EMS/Aramex Express.
Yanwen Express: 5-10 working days, Tax Pre-paid, usually no extra fee for European Countries or Remote Area.
(Due to high tax in European countries,Like Germany, Greece,Romania,Sweden,France,etc, Yanwen express will be used as first option, if you need faster DHL, please contact us after payment ,thank you :)

Here are the BMW Autohex II reviews based on users' working experience.

1).
Been using this for the last month or so, very good for BMW. We have used it in various vehicles for the following procedures:

Diagnostics
Flashing
ISN Read
Replacing ECUs with donor ECUs from other vehicles.
ECU doesn't have to be the same part number and this tool auto corrects the coding for the vehicle.

The best thing about flashing is that it has True Expert mode allowing you to program and code individual modules unlike ISTA-P Expert Mode were it will auto add other modules even though you have taken them out the measure plan.

The diagnostic side of Autohex II on par with ISTA-D but it has a much faster operational time. Incidentally it can be used as a pass-through device for ISTA.

As far as support goes, anytime I have needed help, they have been able to come on via TeamViewer and guide me through the process.

Here is a quick step by step for ISN read:

2)
yesterday we had a 745li 2004 bmw
dme problem
it took us less then 10mins to program a used ecu,i used to read and write way too much work and risk of damage to hardware..but this tool made our work very easy.
auto hex ii just 2 month and very happy with there support also very quick response... keep it up

3)
I've personally had autohex for about 2 months and luckily I've had 3 cars to play with.
First car was a Bmw e90 faulty DME I purchased a x3 DME with matching numbers and read isn and coded vehicle and could not believe it worked with such ease !!!!
2nd vehicle was also an e90 although this time it was a MSV80 as I've tried doing this with competitors tool before without success or SUPPORT bit I'm not hear to bash on thee tools!
But it was just as easy to do ,
As for the third it was today's main event it was a e70 with water in DME
so I got a DMEwith same numbers read and write CAS as usual go to diagnose perform CAS-DME adjust car started peformed EGS/EWS SYNC and this car was ready to go !!!!!! That's something I couldn't do before and it's a $1000 option on other tools 😉
I've had to contact the team at MICROTRONIK to explain how to do something's and WOW WOW WOW is all I can say these guys are EXCELLENT freindly and very helpful
I honestly think this is my best euro tool investment !!!!!
Very fair price
Too cheap compared to others
I think it's performance is a new bench mark !!!
Thank you to the team a MIKROTRONK
for such a great tool


4).
today I was very happy with wireless function ,
there was a lot of cars at my work shop and no place to stop a car on the side walk, I had a customer who wants to replace a bad working ecu-ms45.1 for e 60-
I was busy programming another mb cas on my laptop , so I thought let me try the wireless function , the damaged car was in the middle of the road , so I quickly exchanged the good ecu from junk and made adjustment and the car started . it took about 4 min and I was don.
no other device like autohex2 has this function .
it got me easy money very fast.

5).
Autohex II designed to be fully automated. it calculates the required software for each ecu depends on the vehicle order.
I know you work on bench and sometimes you plug a different cas for a different DME, trust me, if we go to manual methods, 100s of Ecus will get damaged by selecting the wrong part number.
If I am not wrong, I have logged to your laptop today by teamviewer and you see that the part number you required was there, all what you had to do is only updating the DME.
It is easy and straight forward as long as you are following the standards. 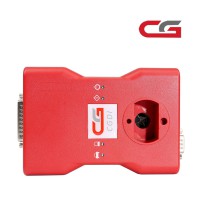