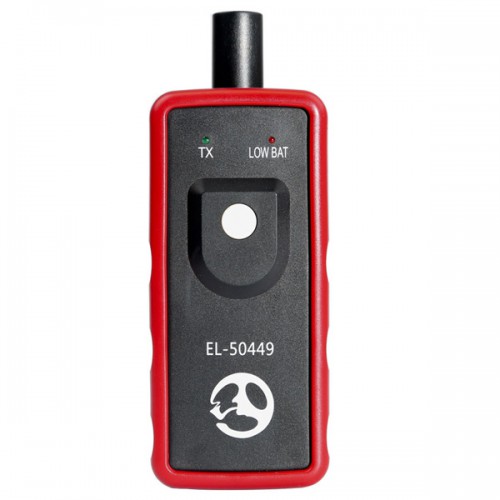 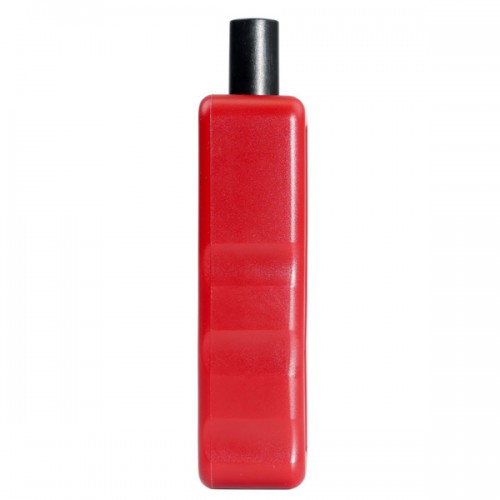 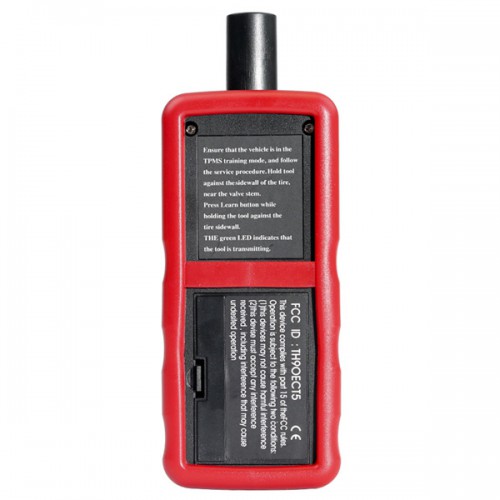 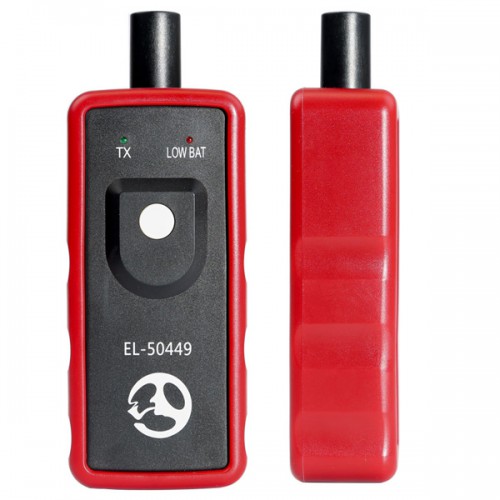 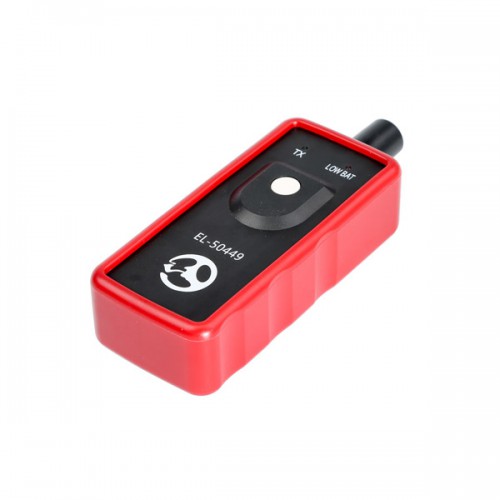 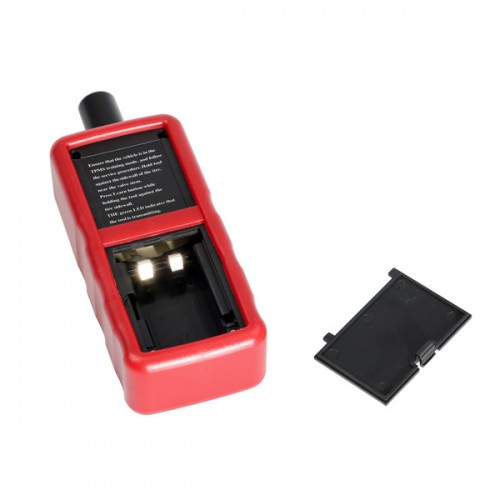 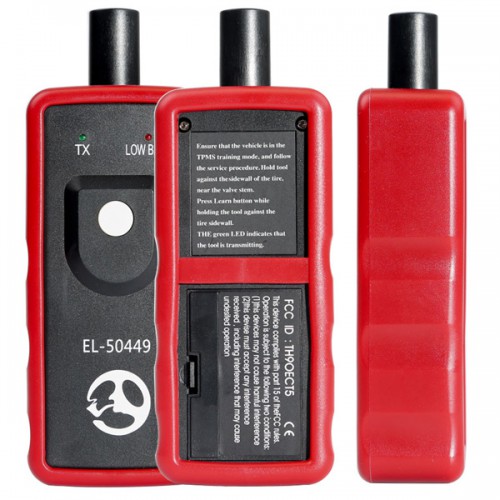 1. Set the vehicle to the tire pressure training mode (plug the key in to ignition switch, step on the parking brake, turn off the key and turn on for 3 times, one more time step on the parking brake, turn off the car keys, turn on and off for 3 times; After you do like this, a part of car models may have flashing emergency lights which means the car enters into traning mode.If you hear the horn beeps that means the training mode is enabled.

2. Start with the left front tire, make the EL-50449 antenna faces upwards to contact the tire sidewall near the rim of the valve stem to start the antenna. Press and release the start button and wait the horn beeps, at this time the sensor information is written into the car and the next turn signal will light up to wait you to written into the car.

4. When the left rear sensor is written into car and the horn beeps for 2 times, all the 4 tires' sensor information is written into the car successfully, and the body control module also exits the reading mode.

Notes:
1. After use up, please charge about 2 hours, because the new battery low capacity may result in transmit power doesn't meet the standard.
2. EL-50449 contacts the position between the tire near the gas core and the wheel, not the position of the gas core. 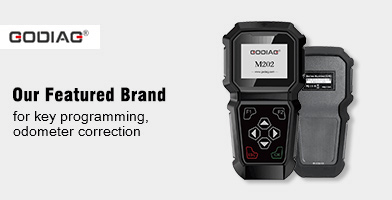 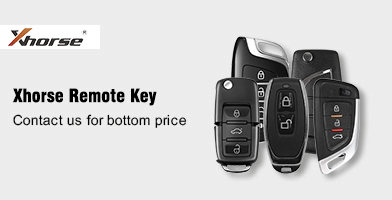 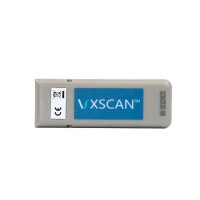 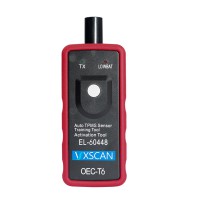 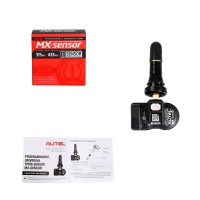