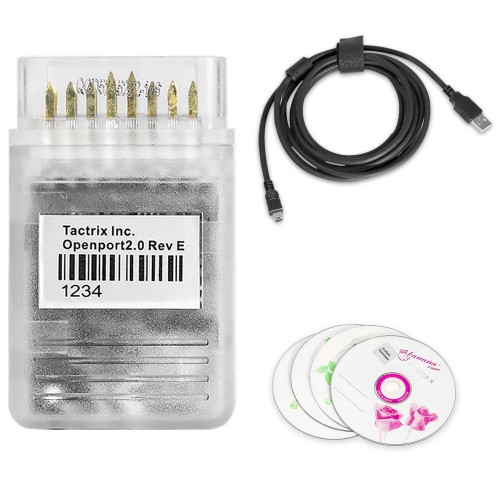 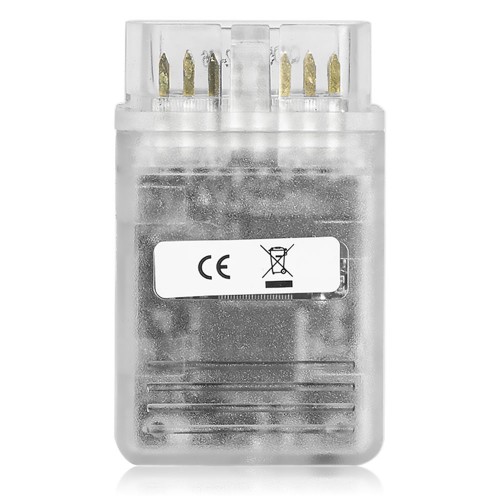 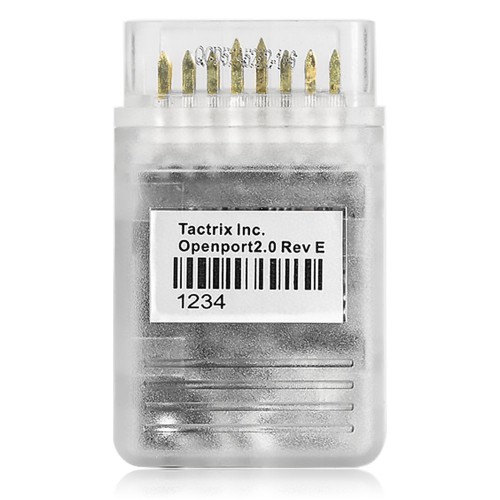 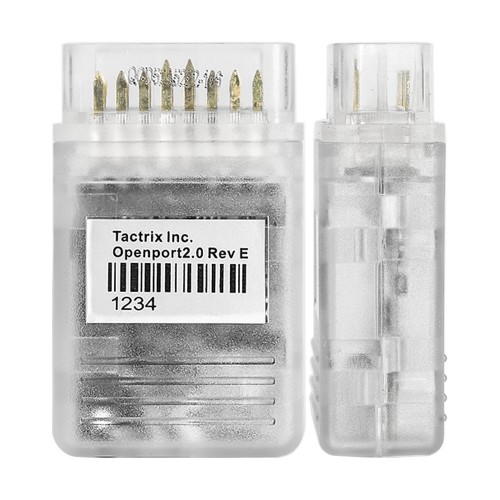 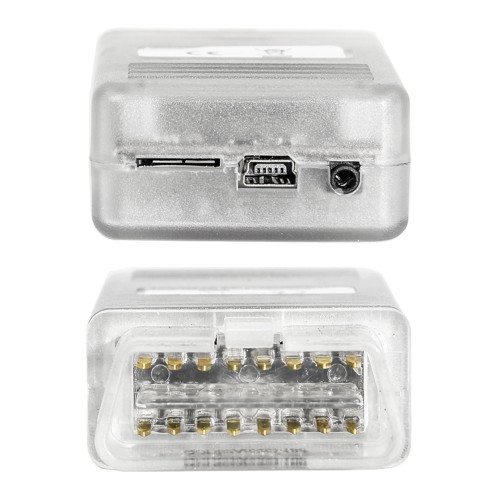 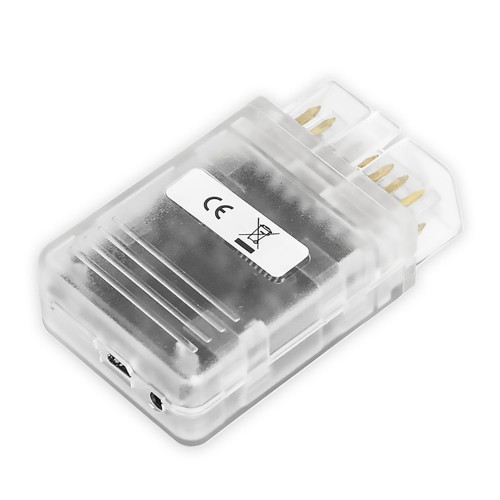 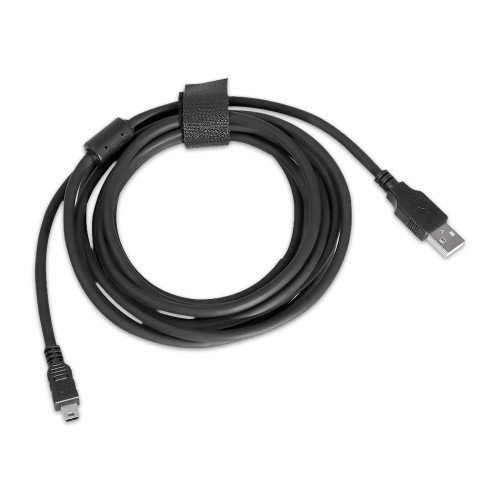 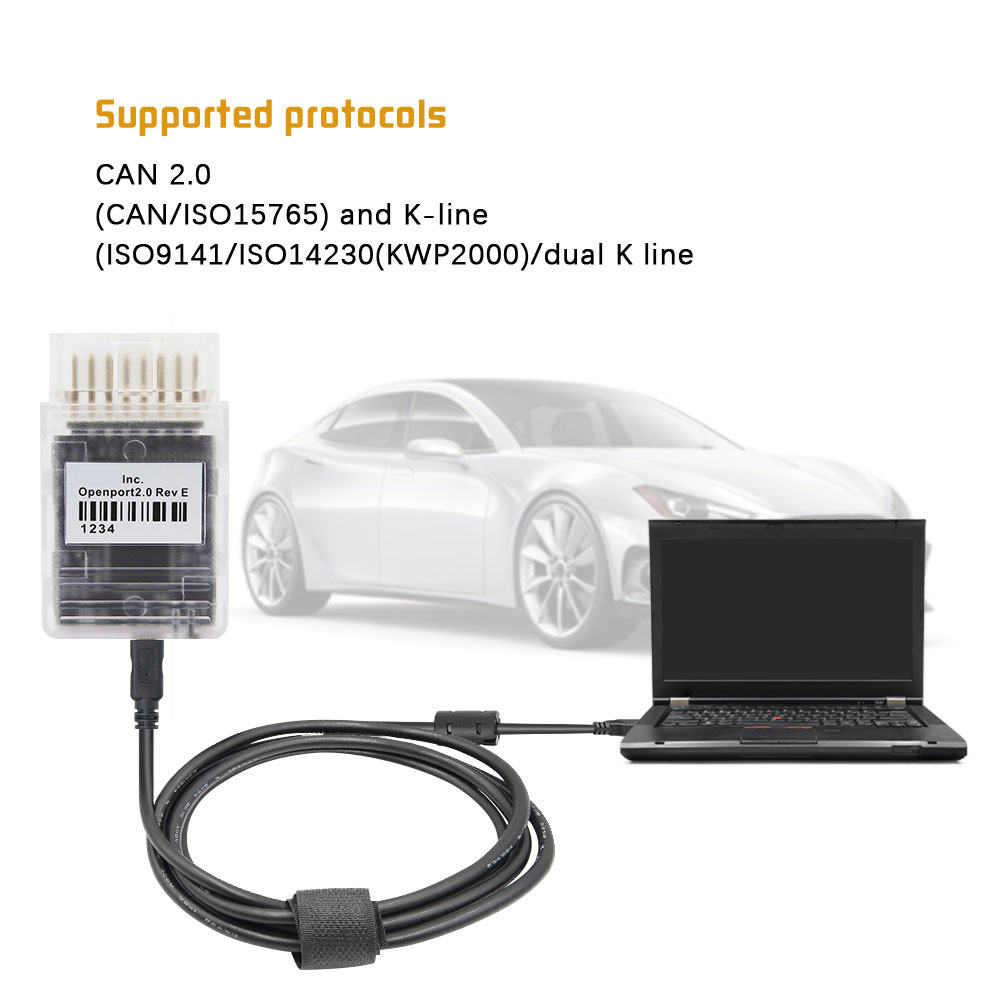 For ecu flash you can get info from this list:
OpenPort 2.0 Cable PCB Display: 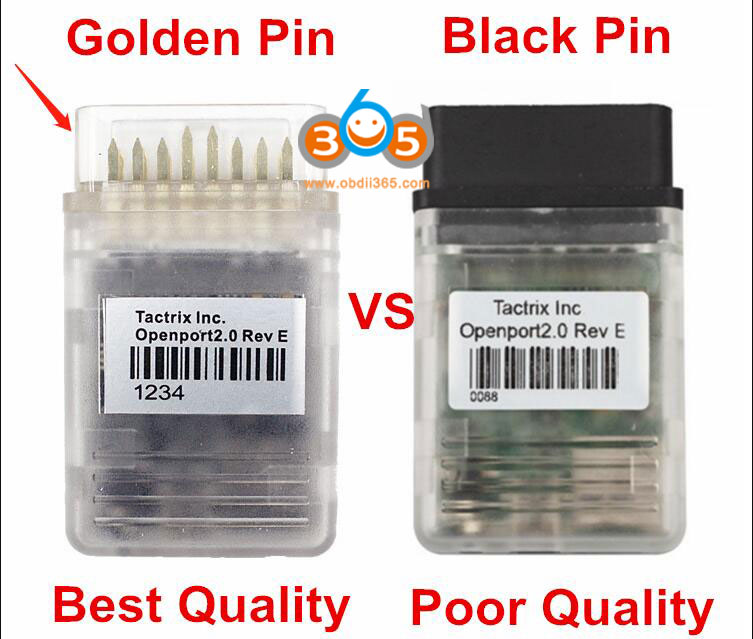 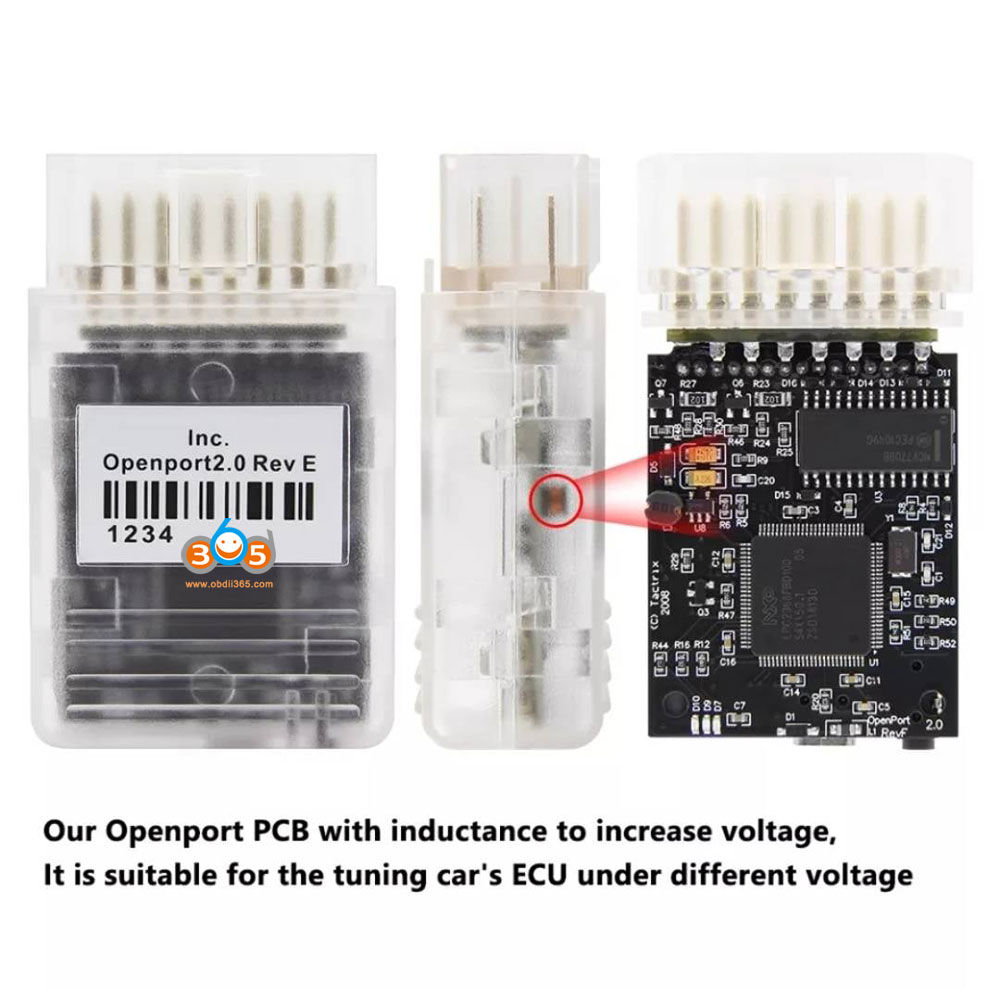 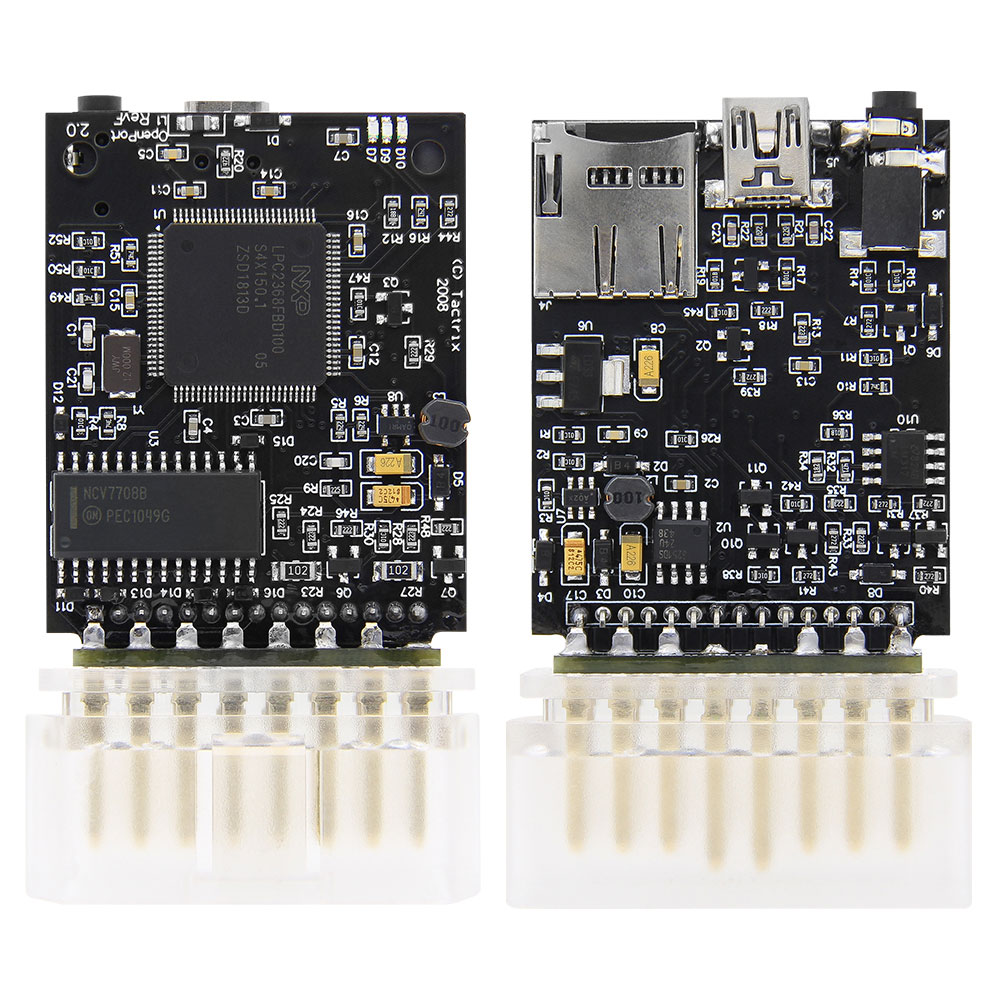 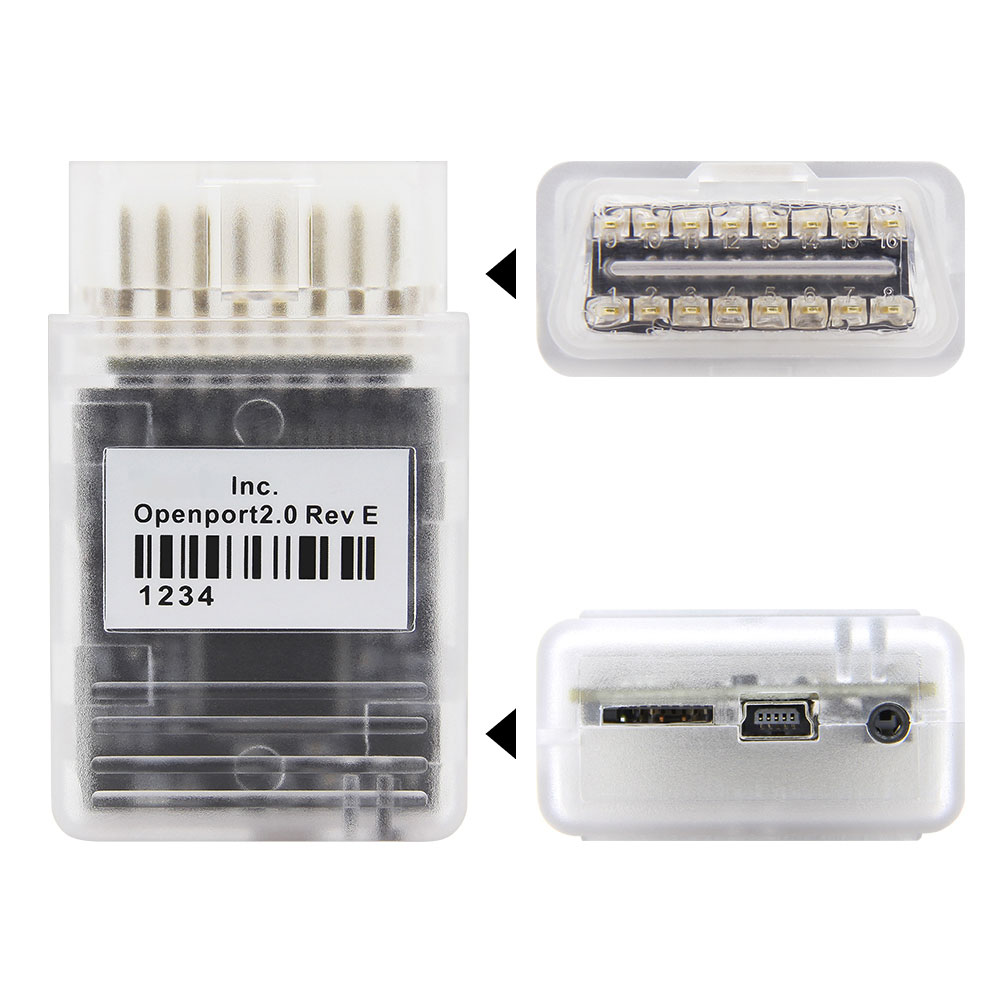 Here we will explain how to get the right clone Tactrix Openport 2.0 J2534 adapter and why Openport 2.0 is better than Mini VCI J2534 interface.

Openport 2.0, like its colleagues MVCI 3 in 1 and Mini-VCI, is a J2534-1 compatible adapter and works with any software (VAG ODIS, Toyota Techstream, etc.) supporting PassThru library/driver.

Choosing the right clone
There are two clone versions available on the Internet. 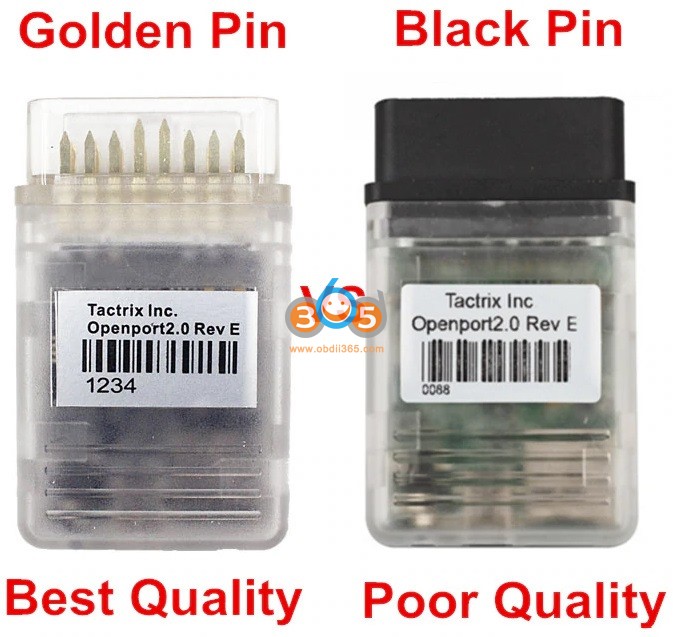 Adapters differ not only in Golden Pin, best quality (Full Chip or New Version) and Black Pin, Poor Quality (standard version) and the type of sticker but also the board inside.

A bad OBD2 clone has a black connector and a green board inside: 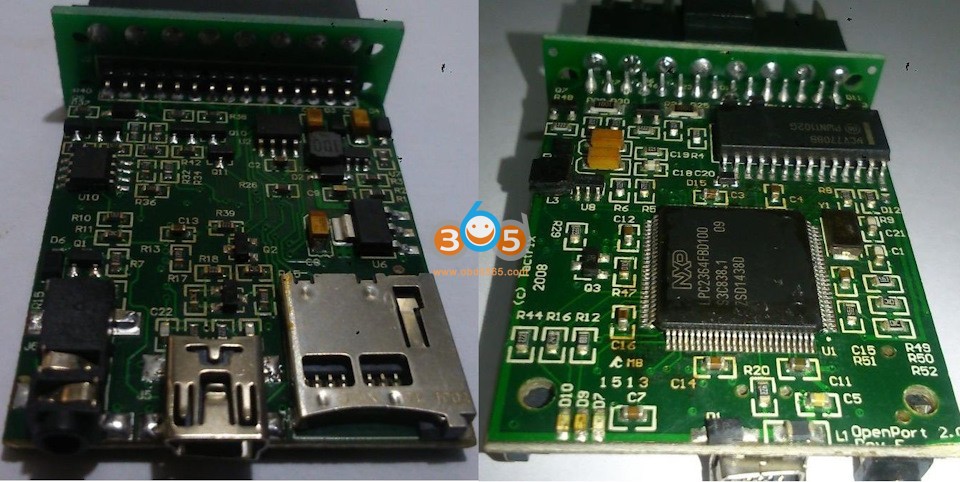 The correct clone has a transparent OBD2 connector and a black board : 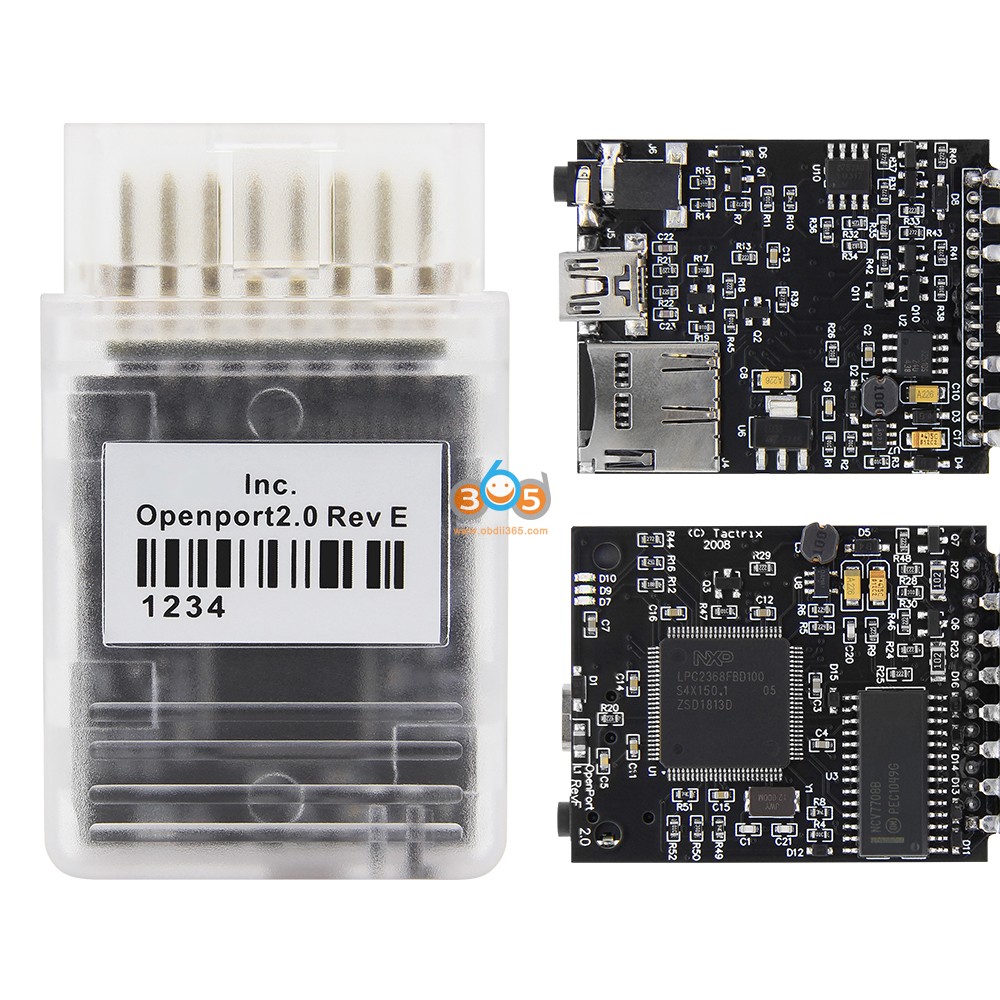 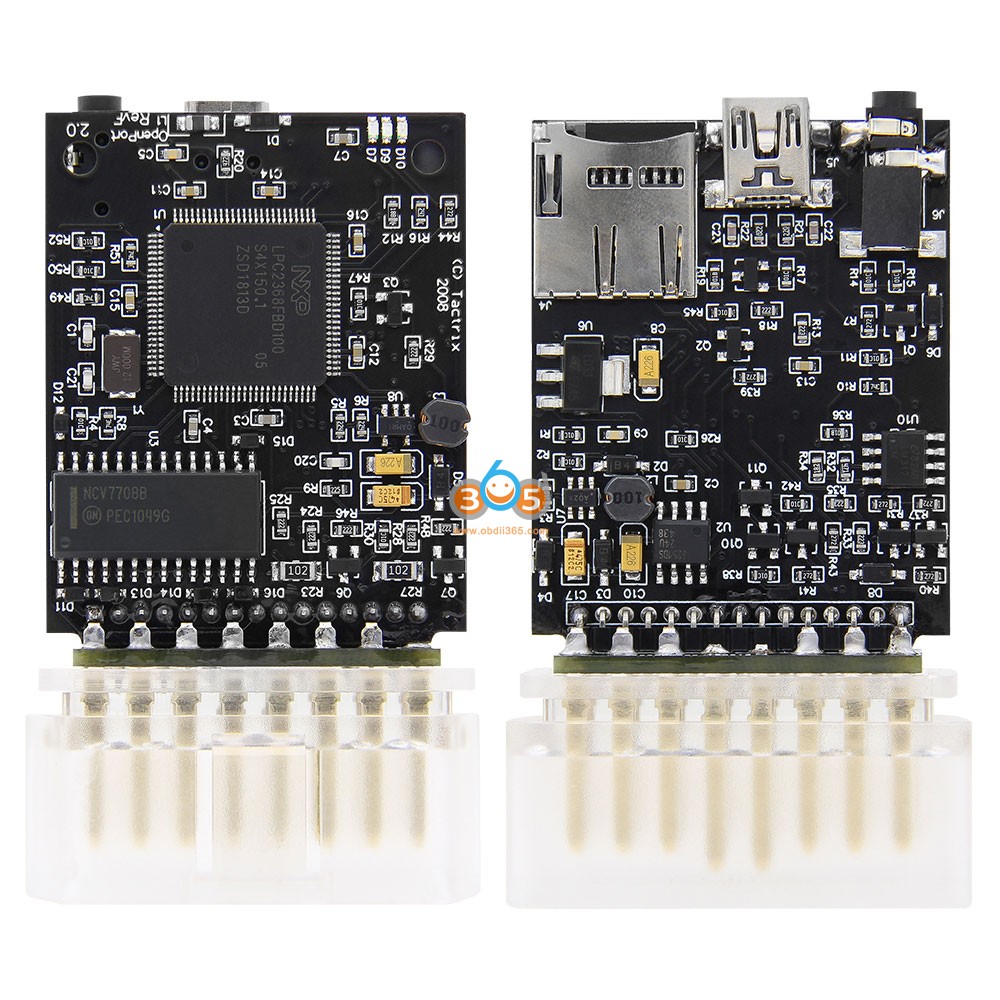 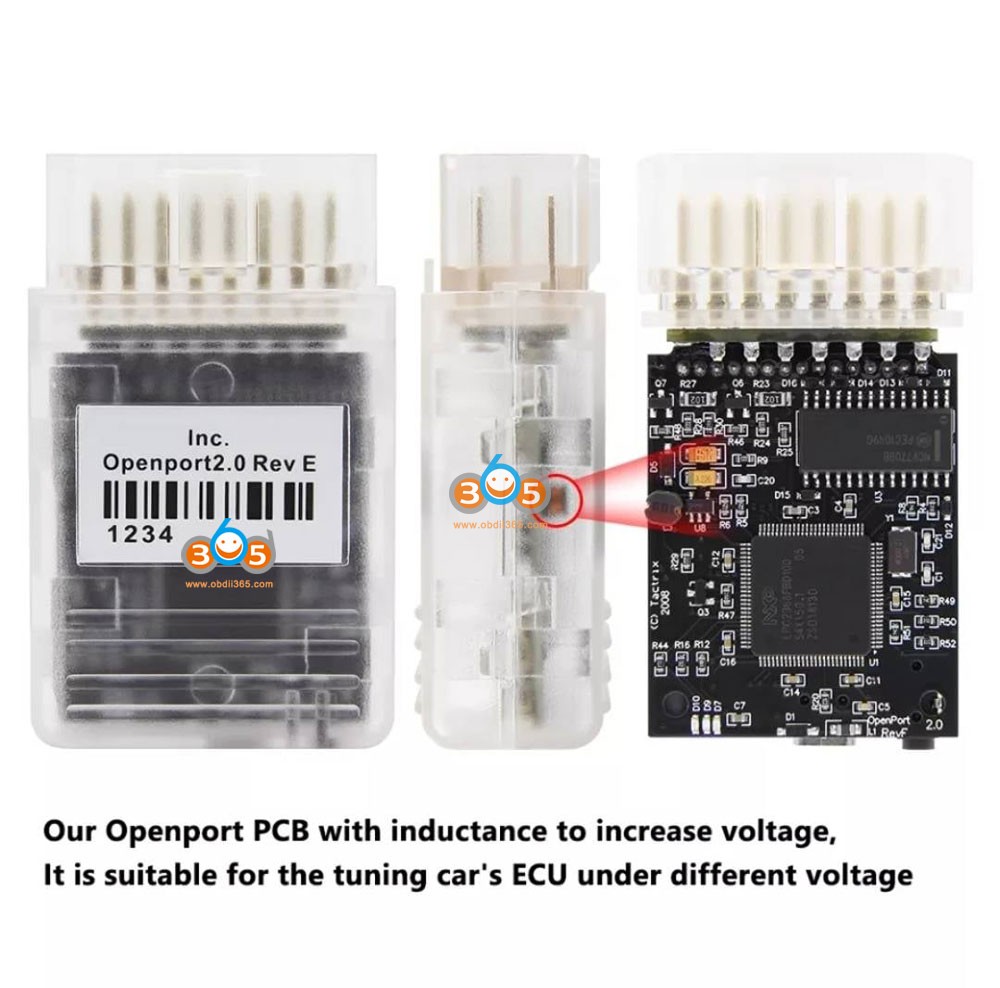 Let’s figure out which chips the correct clone is built on:
1. LPC2364FBD100 microcontroller: Arm7TDMI-S™ processor, microcontroller for embedded applications featuring a high level of integration and low power consumption at frequencies of 72 MHz. Features 128 kB of flash memory, 34 kB of RAM, Ethernet MAC, USB Device/Host/OTG, DMA controller, 4 UARTs, 2 CAN channels, 3 SSP/SPI, 3 I2C, I2S, 8-channel 10-bit ADC, 10-bit DAC, 2 PWM, 4 general purpose timers, low power Real-Time Clock with separate battery supply, and up to 70 general purpose I/O pins.
2. NCV7708B Six-channel signal switcher (Double Hex Driver)
3. 6251DS CAN bus transceiver (transceiver)
4. LM317L voltage regulator 1.25-32 volts (adjustable, positive-voltage regulator capable of supplying 100 mA over an output-voltage range of 1.25 V to 32 V. It is exceptionally easy to use and requires only two external resistors to set the output voltage) .
Support for K / L-line, in this adapter, is made on transistors.
Since the microcontroller 2364 does not have a built-in SD card controller, work with a MicroSD card designed for recording logs is implemented here via the SPI bus.
Minijack connector (stereo connector) is used to connect an adapter for supplying programming voltage. For example, on Mitsubishi, 18 volts are supplied through it, on Honda 5 volts, etc. (set automatically by a diagnostic program such as Techstream, etc.

Ability to supply voltage for programming and recording logs to a MicroSD card:
An adapter capable of switching GND or voltage (from 5 to 25 volts) to pins 1,3,9,11,12,13 of the OBD2 connector or an auxiliary 2.5mm stereo connector: 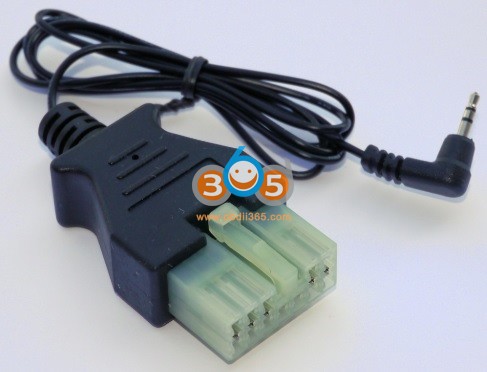 Also, the adapter’s firmware can record the log received from the 2.5 mm minijack (stereo) connector from Innovate Motorsports devices (lambda probes, etc.) via the MTS data bus protocol to an SD card. 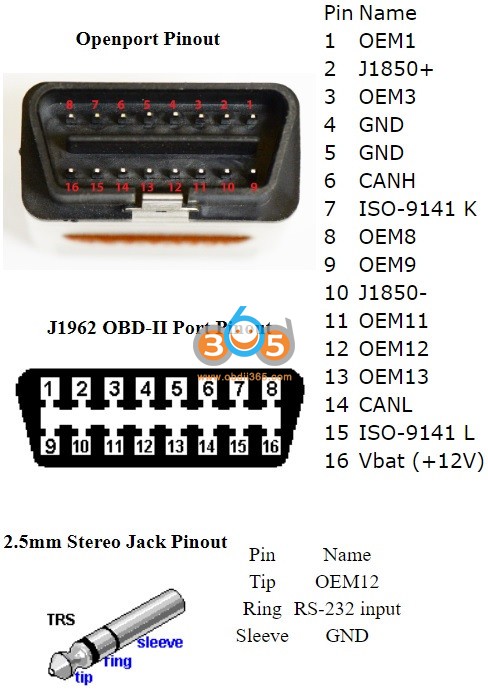 The CANL and CANH pins are used for CAN and ISO15765 communication.
Contact ISO-9141 K and ISO-9141 L are used for ISO-9141 and KWP2000 communication. Often, only ISO-9141 K line is used.
The J1850+ and J1850- pins are used for SAE J1850 communication. For J1850PWM, both J1850+ and J1850- pins are used. For J1850VPW, only the J1850+ pin is used. Despite the presence of physical binding on the J1850+ and J1850- contacts, there is no protocol support in the firmware.
Contacts Ring and Sleeve 2.5mm minijack are used to receive data from other devices via the RS-232 protocol. Typically, these are devices such as the Innovate Motorsports wideband oxygen sensor or other MTS bus compatible devices from other manufacturers.
The Tip 2.5mm pin of the mini jack is software connected to the OEM12 pin and can be used as an ADC output: a setpoint voltage or ground can be supplied here by software, for use with adapters for non-OBD2 connectors. When a 2.5mm mini jack is inserted into the connector, to protect the adapter and the vehicle, the microcontroller disables the 12th pin of the OBD2 connector.
Voltage from 5 to 25 volts can be applied to contacts: OEM1, OEM3, OEM9, OEM11, OEM12, OEM13. The J1850+ pin can also be driven from 5 to 8 volts.
GND can be applied to pins: OEM1, OEM3, ISO-9141 K, OEM9, J1850-, OEM11, OEM12, OEM13, ISO-9141 L
Voltage using the ADC (analog to digital converter) input of the 2364 chip and, accordingly, the firmware and software, can be read from the following pins: OEM8, OEM12, Vbat

Why you can’t buy a clone with a black OBD2 connector (green board inside):

Advantages of Openport 2.0 adapters with a transparent connector and a black board:

What are the benefits of an Openport 2.0 clone over Mini VCI and HEX-CAN+USB clones?
1. Openport 2.0 has a USB interface for communication with a PC / laptop, connected directly to the microcontroller and capable of operating at high speed, unlike the outdated and slow FT232R chip used in Mini-VCI and HEX-CAN + USB.
2. Openport 2.0 can supply voltage to the minijack connector or OBD2 connector pins, which is mandatory for some Toyota, Honda, Mitsubishi, Subaru

3. The openport 2.0 is verified working no issue with Mercedes Xentry passthru program. 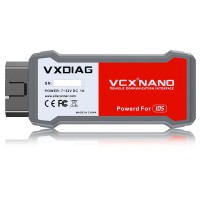