AutoHex II can perform BMW ECU coding individually by selectiong the desired Ecu to encode, this function is used in same manner in both BMW E and F Series.

After selecting  Individual Coding from BMW main menu, AutoHex II will show you a report of each ECU in this vehicle, the status of the ECU is one of the following: 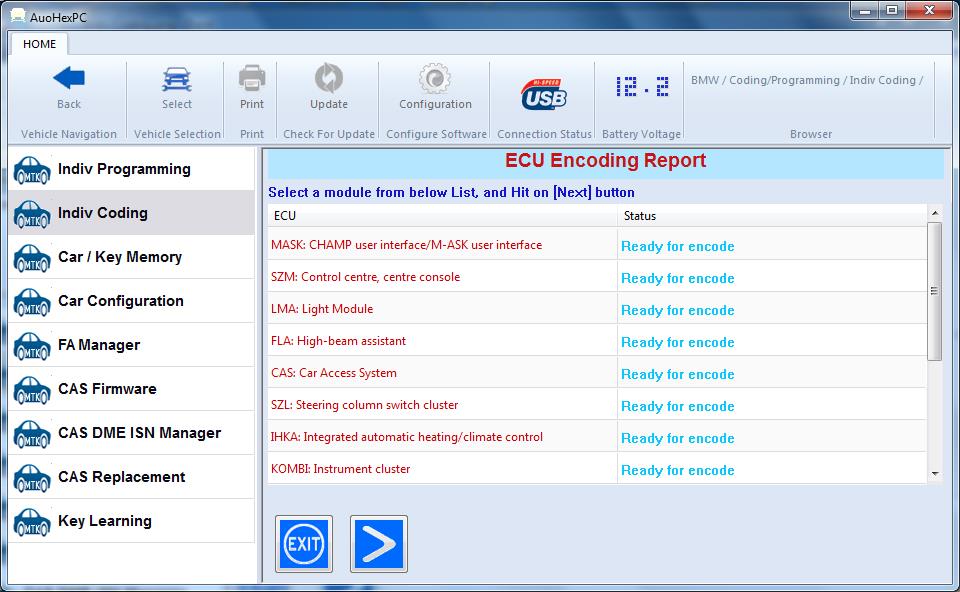 If the status is Not Compatible then you must try to go to  individual Programming function, from there Autohex II will try to program the Ecu with the proper flash program and encode it from there.

If the status of the Ecu is Not Responding, You can check if Ecu is mounted, and connections are correct.

Some Ecus does not require coding like Central Gateway in F Series ( ZGW ), you will get a status like Ecu Has No Coding.